We welcome you to our Sunday Morning Services. We are abiding by the CDC guidelines with social distancing as well as proving masks, gloves and doing temperature checks. We hope to see you then!

Look for more ministry and updates moving forward through our FACEBOOK PAGE, YOUTUBE CHANNEL, WEBSITE, and EMAILS. Please connect with us on the aforementioned sites so that we may keep you updated! 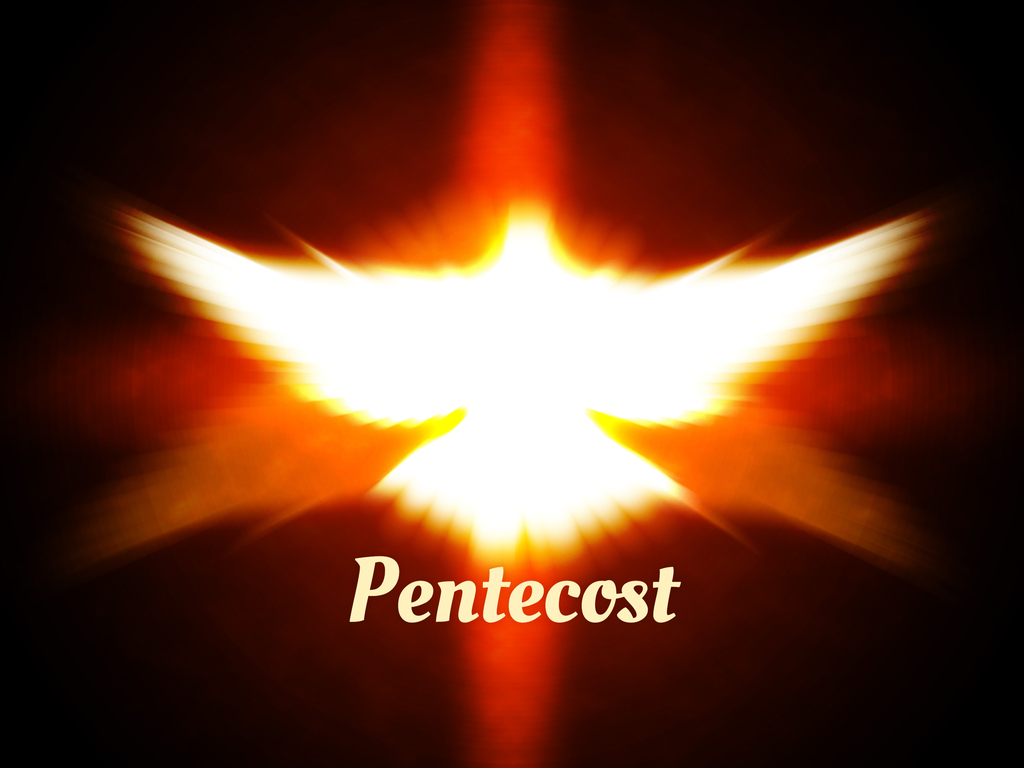 May 31 is Pentecost Sunday in 2020. But perhaps I am getting ahead of myself. Maybe you have heard of Pentecost but do not know what it is or its significance to the New Testament church. Unfortunately, most Christians know little of the church calendar apart from Christmas and Easter, and possibly the Sunday the annual budget is presented. All kidding aside, I find that the basic church calendar is helpful in worship as a teaching tool. Maybe your church recognizes what is called holy week. Holy week is that time in the year when we focus upon Jesus' death, burial and resurrection through the days of the week (Palm Sunday, Maundy Thursday, Good Friday, and Resurrection Sunday. Some congregations hold services on each of these days, others only a couple. But usually, there are two important days that complete the story of Christ’s redemptive work that many churches ignore. These days are Pentecost and Ascension. Pentecost is the Sunday fifty days after the Passover. Ascension Day naturally coming chronologically before Pentecost is thirty-nine days after Jesus’ resurrection (Easter). Ascension Day, falls on a Thursday but is often celebrated the following Sunday, is a time when the congregation gives special consideration to the Savior’s ascension back to heaven. Pentecost Sunday, ten days later, marks the fulfillment of Christ’s promise to send the Comforter, the Holy Spirit. So, what is the significance of Jesus’ promise and the gift of the Spirit?

Pentecost was known as the Feast of Weeks or the Feast of Harvest. The Jews celebrated this feast fifty days after Passover. After the return of the Jews from the Babylonian captivity, it became known as “Pentecost.” “Pentecost” means “fiftieth” in Greek. Since it was thought that the law was given fifty days after the exodus of the Jewish people from Egypt, the name of the feast was changed to “Pentecost” to celebrate the giving of the law. Originally, the Feast of Harvest was given to return thanks to God for His gracious provision in the harvest. Later, it commemorated God’s graciousness in giving Israel the law of Moses, which marked the Sinaitic Covenant. In Acts chapter 2 this day marked both the giving of the Spirit, which was the sign of the “New Covenant,” and harvest of 3000 souls. John R.W. Stott admits this “double symbolism” is tempting but contends that Luke does not mention it. Considering that harvest was the original idea behind the feast, the comparison only seems natural. After all, was not the 3000 that were saved, in some respects, the fruit of the labors of the Lord and His disciples during His earthly ministry?

The expectation of the “Chosen One” is everywhere in the Old Testament. This expectation is pictured In the protoevangelium (Gen. 3:15), Melchizedek the king-priest of Salem (Gen. 14:18), Israel’s blessing of Judah (Gen. 49:8-10), Moses’ mediatorial rule as prophet, priest and king, the Davidic covenant, David himself, as well as the many prophecies scattered throughout the writings of the prophets.

The New Testament opens with the royal language of expectance. His birth is miraculous; he is a savior of his people; he has been long-awaited; his birth is heralded by angels and christened with a star. He is in the royal line of Judah and shepherds attend his manger. In the ancient kings of the world were pictured as shepherds. There are pictures of pharaohs of Egypt with a shepherd’s crook in their hand. God is called the believer’s shepherd in Psalm 23. And every king has his “wise men.”

Throughout the Gospels, especially the Synoptics, the authors are careful to maintain this idea that Jesus is, in fact, “the King of the Jews.” Every great Middle Eastern king gave his law. Hammurabi is a good example. Moses gave God’s law as a sort of mediatorial king. Jesus is presented in Matthew chapter 5 as the king giving his law. Jesus like Moses was the mediator of a covenant that was sealed and ratified in blood. Jesus’ covenant was ratified in his own blood upon the cross. The king died for his subjects. This teaching regarding Jesus' kingship is, in fact, carried into the book of Acts.

Every king has his coronation day at which time he is crowned and is seated in the place of highest authority – the royal throne. In Acts 1 Christ’s ascension is the subject. He has just told his disciples that “all authority has been given to him” (Mat. 28:18). He now ascends to his heavenly throne, the place of the highest authority, at the right hand of the majesty on high. This is where Stephen is said to have seen Christ standing.

Ancient kings, having taken their magisterial position, commissioned their regents investing them with his own power and authority in order to do his bidding and accomplish his will. Pentecost was this day for Jesus Christ, fifty days after the resurrection, Christ the king invested his representatives with his own authority and power and anointed them to further the boundaries of his glorious kingdom. This appointing and anointing was done through the ministry of and the outpouring of, the Holy Spirit.

Pentecost is the last of Christ’s redemptive works. It is often thought that the resurrection or the ascension is the last acts Jesus performed but without the application of Christ’s redemptive merits by the Holy Spirit they would be to no avail. Christ promised (Acts 2:39) that He would send the Comforter (Jn. 14:16) and He did. Jesus purchased redemption; the Holy Spirit applies it.