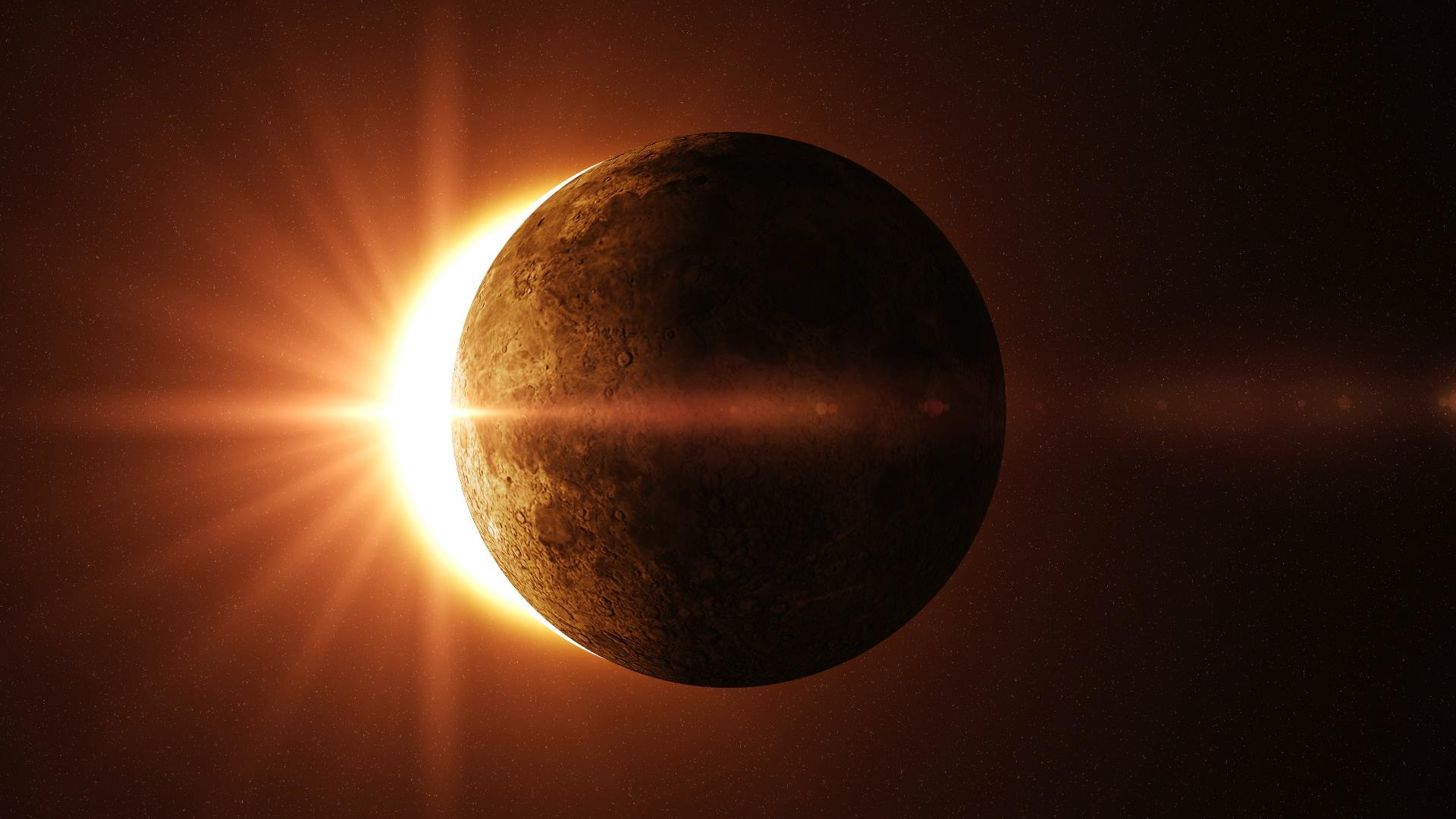 The First Eclipse in the Bible

Please read Genesis chapters 1 through 3 slowly. Picture in your mind what is happening. The account of the fall of Adam and Eve are doubtless familiar to most people who’ve grown up in the West. After recording for us the mighty acts of God in creation, Moses goes on to tell of how mankind fell from innocence and fellowship with God to a state of sinfulness and separation from God. The story opens with chapter 3. Adam and Eve are, most likely, just getting acquainted with their new world. They are amazed at its many facets. They behold the rich colors of red, blue, yellow, and green. They breathe deeply the crisp fresh air. They feel the many textures of the creation around them – the bark of an oak, the softness of a feather, lushness of grass, and the coolness of flowing waters. Adam and Eve wonder at God’s creativity demonstrated by the thousands of creatures that He has made. Birds fill the sky; fish maneuver the streams, and animals roam the land. Surprise at the seemingly endless variety of insect life. Creatures tiny and creatures gigantic; living things that fly, swim, crawl, and run; all made by the life-giving word of God. Both Adam and Eve praised God and worshiped Him for such a magnificent world! They were in awe of God and what He had done. Adam and Eve further marveled at their own existence. Adam had experienced the creation of Eve. With the joy proclaimed, “This, at last, is bone of my bones and flesh of my flesh…” (Gen. 2:23). Adam somehow knew the importance of the moment. He seemed to understand something of the uniqueness of mankind. Adam knew that God did not communicate with His other creatures the way that He did with him. He knew that his purpose was nobler than that of the animal kingdom. God had given Adam and Eve authority over this amazing new world (Gen. 2:28). They praised God for His creation and thanked Him for making them in it.

In this new world God had given Adam and Eve a commandment, “But of the tree of the knowledge of good and evil you shall not eat…” (Gen. 2:17). They were free to roam the hills and explore the vast beauty. There were pools of water and waterfalls in which to frolic. They could spend weeks learning each creature that God had made. They had countless fruits and vegetables on which to feast. They had years to be able to get to know each other, bear and rear children, and establish a god-fearing civilization. They had the special joy of tending the Garden of Eden. They had fellowship with God each day unhindered and unabated. All of these could have been enjoyed while remaining in proper fellowship with their God but Eve was led, willingly, astray. They were perfect people, in a perfect environment, with a perfect God and yet they sinned. Would we have done any better? We can with no doubt say, no. Adam and Eve, as our representatives, fell for the temptation of the Serpent. The one commandment that their Creator had given them, they quickly disobeyed. Disobedience brought sin and sin caused shame. Praise to their Creator had turned to shame. Their shame over sin had eclipsed their praise for He that had loved them and made them for His glory.

As soon as the fruit was in their mouths they knew something had changed. They no longer sensed the closeness of God. There seemed to be a loss of spiritual vitality. Whereas before they had only experienced the emotions of bliss and happiness; suddenly they were experiencing fear, anxiety, unhappiness, shame, and guilt. Before they looked forward to hearing the sweet sound of God’s voice walking in the garden in the cool of the day, now they looked to that hour with terror. “What shall we do?” “What will we say?” “Where shall we hide?” “What has happened?” “What can we do?” They surely thought and said such things to each other.

Is this not much like what every believer in Jesus Christ experiences when he or she sins? Not that we are representatives like Adam. But that our praise is turned by shame. Our thanksgiving is silenced. Our worship is eclipsed. Adam and Eve, we are told, made themselves coverings with fig leaves and tried to hide from the manifest presence of God. Yes, there are times we act in the same manner. But what should they have done? Shouldn’t have both of them run to God and immediately and completely confessed their sin? Of course, the fall of man would have remained. We can only be restored through the sacrificial death, burial, resurrection, and ascension of Jesus Christ. But in order to be forgiven and  fellowship restored, Adam and Eve had no other option than to go to God. After all, it was against God that they had sinned; only God could forgive them. God forgave Adam and Eve and provided them with animal skins to be used for clothing (Gen. 3:21). Some scholars think that by doing this God introduced them to an elemental sacrificial system by which they could approach Him for forgiveness of sins and renewal of fellowship with Him. God also removed them from the Garden and didn’t allow them access to it again. Why did He do these things? So that man might once again be able to approach Him in praise instead of judgment. Have you sinned in some way? Have you sensed that your fellowship with God is being hindered? Do not let your sins keep you from enjoying Him. Do not let your sins stop your praises for Him. Go to Him through Jesus, His Son (read 1 John 2:1-6).