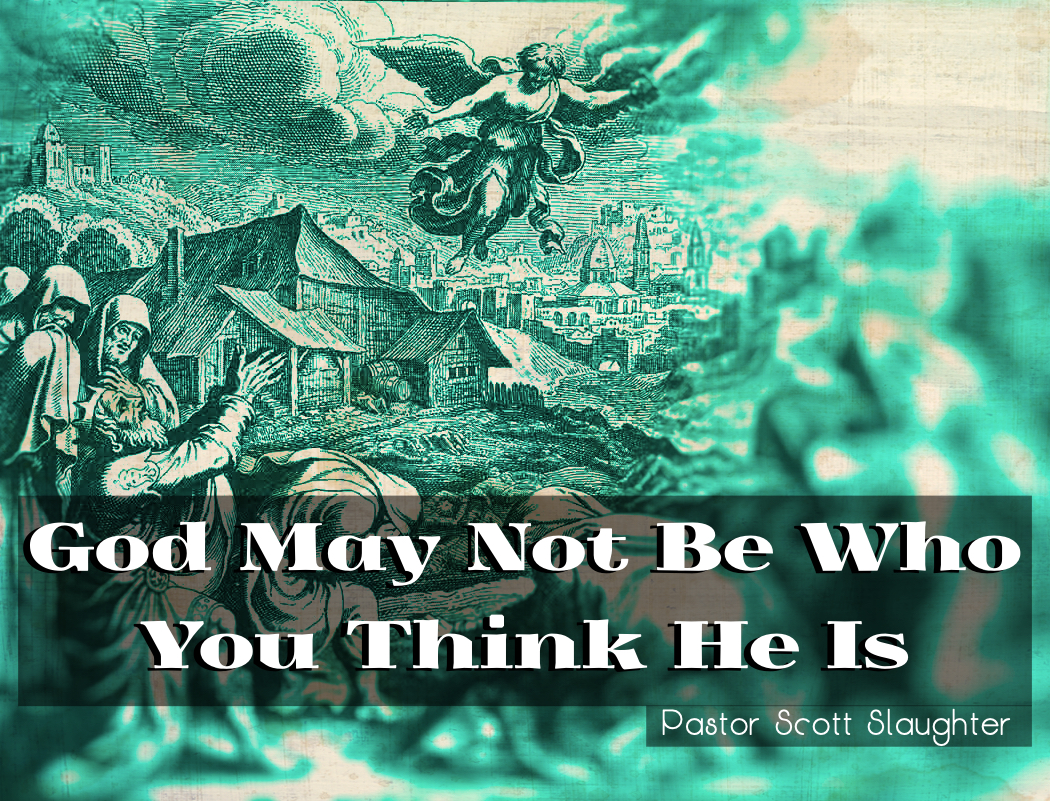 Why do Christians gather for worship? What are they to do when they gather? What purpose does it serve? What meaning does it have? Why is worship so important? If we tried to reduce biblical worship to a single word, it would be impossible. We would use words like “praise,” “giving thanks,” “prayer,” and “adoration.” But there is a word that we would have to use that is absolutely essential to the essence of biblical worship, though it would probably be left off our list. This word probably didn’t occur to you but when you see it you will think, “Ah yes, but wasn’t that just for Old Testament believers?” What is the word? Sacrifice.

In 2 Samuel 24, we find the account of King David sinfully taking a census of the people of Israel. We must take note that at times God commanded that the people should be numbered but this time the idea sprang from David’s arrogance. God was Israel’s protector and deliverer. Time and again He demonstrated that His people were delivered not by their numbers or by their military prowess but by the hand of the Lord their God. Now, it seems that David wanted to take a census so that he might organize and build military strategy and might with a standing army. This was contrary to the way the Lord had lead Israel up to this time. The Lord, through the prophet Gad, confronted David about this sin. David after nine months was smitten by his conscience and confessed his pride and arrogant independence. God sent a message to David saying that David may choose from three ways he will be judged. David knew the cruelty of mankind (chapter 21); therefore, he cast himself and his people on God’s mercy. In vivid language, the Holy Spirit describes the terrifying vengeance of God’s angel visiting divine wrath on His people resulting in the deaths of 70,000 people in less than three days.

Horrified by the scene of so much death caused by his sin and humbled by the sight of the mighty angel of God standing before Jerusalem with sword drawn, David confessed his sin again taking judgment upon himself and his house. Because of the Lord’s great mercy, He’d stopped the angel before the allotted three days. David was sensitive to the situation and to the angel’s choice of where to stop and stand. David knew that a sacrifice had to be made to atone for his sin. He immediately went to Araunah the Jebusite’s threshing floor in order to offer a blood sacrifice to the Lord. The king and his royal party arrived dressed in black as a sign of repentance. They were greeted by Araunah who is most likely a convert to Israel’s God. After David expressed his desire to buy what he needed to make an atoning sacrifice Araunah offered to freely give him the needed livestock, wood, and utensils for the offering. David, truly repentant, objects saying, “No, but I will buy it from you for a price. I will not offer burnt offerings to the LORD my God that cost me nothing (verse 22-24).” A sin-offering was made and wrath was removed from the people through the offering of the king on their behalf. Later, the king returned to purchase the whole plot of land from Araunah in preparation for the future temple of God.

Eventually, Solomon would erect the great and beautiful temple of God on this very site. All of the people of Israel would come to this place to worship and to make sacrifices for the forgiveness of their sins. All Israel also knew this story and how it marked the spot where God’s wrath was atoned, His judgment was removed and His favor was restored. Through this story, they learned why this site was so important, why it was chosen by the king. They also learned that it was a place for worship and sacrifice for their forgiveness. In reality, God had chosen this site, not the king but the king did take upon himself God’s wrath and make atonement for sin that day.

Is this not a truly amazing historical account from Scripture? The Holy Spirit was communicating so much to the people of Israel through this fearful account. Israel saw Jehovah move in His mysterious ways. They saw His fierce anger kill 70, 000 of their people because of sin. They saw His great mercy in stopping the death angel early before the three days were fulfilled and by stopping before Jerusalem. They saw God choose through the angel the spot for the atonement and the future temple.

Today I would like to suggest to you that Israel was given through this terrifying historical account something more, something that might not be as easily discerned as those I just listed. In this passage, Israel was also given a real-time example of the essence of the worship of the true God. Not only was Israel given the reason for this site for the future temple but they were given an experience of the awesome worship that would take place there. The church of Jesus Christ should take note of how we are to approach our God in worship as well. In this passage we see the wisdom of as noted by Dr. R.C. Sproul, “Worship must not be designed to please the unbeliever or the believer. Worship should be designed to please God.” But, Scripture says, the fear of the Lord is the beginning of wisdom.

What does it mean that the Lord “incited” David to number the people? The Lord never “tempts to evil” James tells us. Once again in the passage, we are confronted with a picture of God that is unsettling and unfamiliar. A friend of mine, when I was facing a particularly hard ministry task, sent a quote to me that read, “Always remember that God is more than you think he is.” Brothers and sisters, I challenge each of you to stop thinking that you have God figured out. We only know God as He is revealed through His Word. Furthermore, often when we actually read His Word carefully we find that the God of Abraham, Isaac, and Jacob is not like we imagined Him to be. Oh, He is good; of that, you may be sure but do you really understand good? Do you really understand holiness and sin? So what does it mean that God incited David to number the people of Israel? First, we must recognize that in each of the passages where God is said to “tempt” or “incite” He is not compelling, pushing, or coercing men to sin but is, in fact, removing His grace which is holding them back from it. The sin is already present God simply pulls His grace back from that person exposing them to the powerful influence of their own sinful nature and that of Satan.

We must also understand the unique position that David held. He was the king and a type of the Messiah, Jesus Christ. One might suppose that the Lord Jehovah “incited” David the king at the first in order for him to confess the sins of the people (see chapter 21) but, if not, perhaps to reveal the sin of David’s heart because he did not glory in the strength of the Lord but in the numerical strength of his military. This then incites David and provides the Lord the impetus for wrath to be visited both upon Israel and David as king since guilt is placed upon both. Consequently, David does eventually step up as the Lord’s anointed to confess his own sin and to take the wrath of God upon himself and his household rather than upon the people of God.

“[This]…story isn’t concerned with answering our questions. The story comes out of a world where God is beyond (but not beneath) our understanding and does not feel compelled to account for what he does or the way he does it. God, while never irrational, cannot be reduced to rational explanations. God exceeds our understanding; we cannot confine God to what we can figure out about him. God is sovereign mystery.” Eugene Peterson

“Yes, there is joy in worship, but this joy in no way cancels another primal emotion in the presence of holiness: an awe that improbably results from both terror and attraction….God is so much more – more in every way – than we had imagined. Everything with us wants to back away from the danger. And yet…we can’t make ourselves move.” David McCullough

God is not safe. Our God is not always predictable. He is above us and His ways are not our ways. Do not come before Him carelessly or thoughtlessly. Get to know the God of the Bible not an idol of the imagination. Often we are guilty of mistaking the Almighty God of Scripture for an idol in hearts or of our culture or even the false god of lukewarm Christianity. Let God reveal Himself to you through Scripture alone - sola scriptura!

Love You All In Christ,