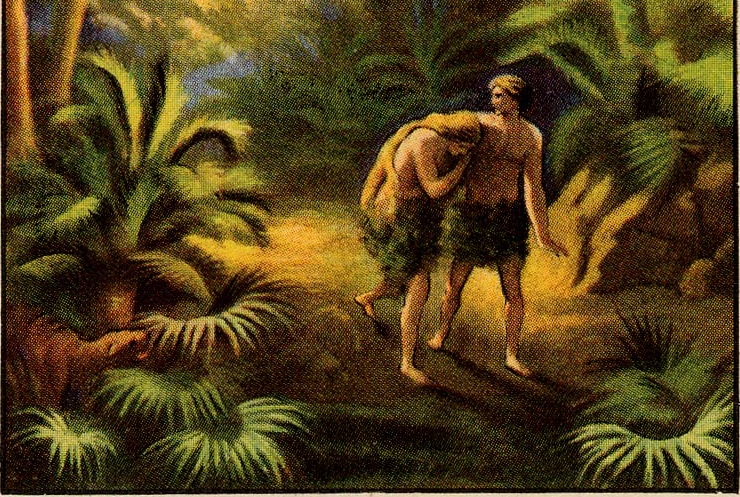 The Promised Deliverer of Genesis 3:15

The idea of a coming deliverer runs deep in Jewish belief and spans the gamut of biblical history. What began as a vague promise was confirmed by definite prophecy and through the centuries became a hopeful anticipation. There was to be a Deliverer like Moses, a prophet like Jeremiah, a priest like Melchizedek (Hebrews 7), miracle worker like Elijah, and a king like David. He was to be the Messiah, the Anointed One, the Chosen One. In the Greek language, the language of the New Testament, the word for “Messiah” is “Christ.” This is what is meant by the designation applied to Jesus: "Jesus the Christ."

Where did this idea begin? Why did God’s people begin to look for a chosen Deliverer from God? For the answer to these questions, we must look in Genesis chapter 3. You are probably surprised to look for the Christmas story in the first book of the Bible. In the beginning chapters of the Bible, we observe that God made a perfect man and placed him in a perfect environment, yet man succumb to the temptation of the enemy of God. There mankind, through a representative (Adam), was tested. It was also there that he failed. Adam was given the opportunity to love and obey God above all else. Sadly, he yielded to personal ambition. Romans chapter 5 teaches that Adam was a representative for all mankind. He acted on our behalf. Therefore, we may say with the old Puritan, “In Adam’s fall, we sin all.”

At this point, there was a cosmic dilemma. Not that God was in a quandary but mankind had a sin problem with God. God had a plan; mankind had a problem. The issue was sin. Mankind was no longer right with God and as a result had to be driven from His holy presence (Genesis 3:22).

God’s answer to man’s sin problem was to make a promise: I will put enmity between you and the woman, and between your seed and her seed; it shall bruise your head, and you shall bruise his heel (Genesis 3:15 ESV). God promised that a deliverer would be born to a virgin (…between your offspring and her offspring…) who would be victorious over the serpent (…he shall bruise your head…). When I consider this passage as a whole one thing becomes clear, that as part of God’s judgment on the serpent and His mercy on the man, He promises to send a deliverer someday to crush the serpent and rescue His people. This promise of a coming deliverer shines forth like the noonday sun amidst the gloominess of this text. Arthur Pink observed, “Here again we behold the exceeding riches of God’s grace. Before He acted in judgment He displayed His mercy; before He banished the guilty ones from Eden, He gave them a blessed promise.”

Because of some of their recorded actions, it is thought that Adam and Eve immediately understood what the Lord was promising them. First, when Cain was born Eve proclaimed, I have gotten a man from the Lord (Genesis 4:1 KJV). Some believing scholars think that Eve thought that Cain was the promised Deliverer. Of course, we discover in the following verses that she was tragically mistaken. She was so looking for God to fulfill His promise that she thought that He had done so already. Secondly, we can observe the sacrificial system that was set up by God, no doubt, and practiced by Cain and Abel. This system was already teaching the concept of substitutionary atonement. They expected a deliverer who would make a sacrifice for their sins. Isaiah foretold of the coming of this deliverer when he wrote, For unto us a child is born, to us a son is given: and the government shall be upon his shoulder, and his name shall be called Wonderful Counselor, Mighty God, Everlasting Father, Prince of Peace, in chapter 9 verse 6.

The Good News of Christmas

The angel said to her, Do not be afraid, Mary, for you have found favor with God. And behold, you will conceive in your womb and bear a son, and you shall call his name Jesus (Luke 1:31, 32). Promise fulfilled! After millennia had passed, God finally sent the deliverer. His name is Jesus. Jesus in Hebrew means, “The Lord shall save.” Jesus has come to save us from our sins and God’s wrath which is directed against us because of them. This is the message of Good News, the message of Christmas – a Savior has come who can rescue us from the bondage and judgment of our sins! The Anointed One has come into the world. He has offered Himself as a sacrifice for sins and all who come to God through Him will be saved! This, my friends, is the Gospel. The word “gospel” may also be translated “good news.” Christmas is about the Good News that we can be rescued from the condemnation of our sins.

Have a Good-News Christmas

Therefore, let us return to the true meaning of Christmas, the good news that “the Lord saves”, a deliverer has come, that sacrifice has been made, and that God has fulfilled His promise. Jesus as the lion of the tribe of Judah and the lamb of God sacrificed Himself for our sins (Revelation 5:1-10) so that we might be rescued from God’s judgment. The good news is that if we come to Him confessing our sins He has promised to forgive us of them all and grant us entrance into his everlasting Kingdom. Jesus answered him, ‘Truly, truly, I say to you, unless one is born again he cannot see the kingdom of God…For God so loved the world, that he gave his only Son, that whoever believes in him should not perish but have eternal life. For God did not send his Son into the world to condemn the world, but in order that the world might be saved through him. Whoever believes in him is not condemned, but whoever does not believe is condemned already, because he has not believed in the only Son of God (The Gospel of John 3:3, 16-18).

Now that is something to rejoice about at Christmas time!

Merry Christmas to You All!