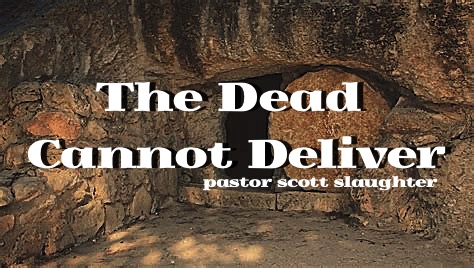 Now if Christ be preached that he rose from the dead, how say some among you that there is no resurrection of the dead? I Corinthians 15:12

When a student of the renowned apologist Josh McDowell ask him, "Why can't you refute Christianity?" His answer was noteworthy, he said, "For a very simple reason. I'm unable to explain away an event in history -- the resurrection of Jesus Christ." Dr. Harold Wilmington, Liberty University writes, "The resurrection of Christ is the Constitution, Bill of Rights, and Declaration of Independence of the Christian faith." If a man two thousand years ago, named Jesus of Nazareth, was crucified by the Roman Government and three days later arose from the dead we had better sit up and take notice. And so the world did and still does in many respects! The resurrection of Jesus Christ is the pinnacle of human history.

Do you believe in the resurrection of the dead? I mean a person who died in faith who will someday be raised again in the likeness of Christ. Do you live in the hope of the resurrection? These believers in Corinth were like many today. They were saved out of a culture that is anti-God and anti-Christ thus they were confused about many of the Biblical teachings of their own faith-- Christianity. Look closely with me at the text.

The Corinthians Believed in the Resurrection of Christ (15:1-11).

These Christians believed in the resurrection of Christ but did not believe that God would or could raise others. They, doubtless, were confused because of the pluralistic philosophies of the day. Paul proves that God is and can raise the dead base upon the fact that He has already raised Christ. What has happened may happen again.

The Consequences of Not Believing in the Resurrection Must be Faced (15:12-19).

Using what D. Martin Lloyd-jones calls “the reason of faith,” Paul helps the Corinthians Christians to see the vital role that Jesus’ coming back to life has to our salvation from sin. He asks them to assume with him that there was no resurrection from the dead. What would be the ramifications of such disbelief? He writes, if there is no resurrection of the dead, then Christ did not arise. What is the logical conclusion then? The conclusion Paul expects from his readers is that a dead savior cannot save.

It is good for us to see a glimpse of what it would be like if Christ had not risen and there was no possibility of our being raised either. But the wonderful fact is God did raise Jesus from the dead and He will raise us up if we trust in Jesus.

The Evidence for Christ's Resurrection is Conclusive and Convincing (15:1-11; Acts 1:3).

God did raise Christ from the dead (see Rom. 4:24-25; Jn 14:19; Acts 5:30-31). Because the evidence is so conclusive we know that our resurrection is also secured. Since God raised Jesus from the dead He will also raise us from the dead. You may ask., "what is this concrete evidence?”

Too many people knew of the tomb for them all to have been fooled. Even the guards were forced to attest to the fact that Jesus' tomb was empty and thus was paid to say someone stole the body.

Yes, my friends, the evidence is conclusive and convincing. Let me encourage you to cast aside your doubts and believe in Jesus. Thomas the disciples, though he doubted at first, believed and fell at the feet of Jesus and confessed to Him, "My Lord and my God!”

I love you all in Christ,