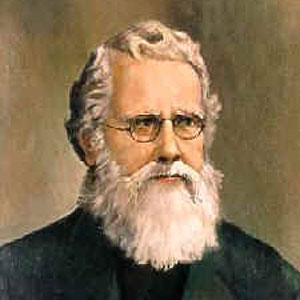 About Hudson Taylor, Phyllis Thompson writes, “Hudson Taylor was a teenager when God told him to go to China. Though he was alone, broke and critically ill, he hung on to that goal and to the God who was sending him. Would God be enough? Danger and adventure abound in this true story of a man who dared to risk and trust.” When I read this little biography, I was reminded of the Apostle Paul. Like the Apostle so many years ago, Taylor’s missionary work was filled with sacrifice, extraordinary faith, and answered prayers.

When a young man Hudson told his sister Amelia that he wasn’t sure that there was a God. Amelia and their mother began praying fervently for him. After some time passed Hudson, bored, went into his father’s parlor looking for something to read. A stack of little paperback gospel story books caught his attention. Choosing one he quickly found a quiet place to read. The more he read the more it spoke to him. He began to understand that what he’d been told about Jesus Christ was, in fact, true. When he finished the book he knelt in prayer confessing his sins and Jesus as Lord.

Hudson Taylor’s zeal for Christ was almost immediate. He began to have a strong sense from God that he needed to go to China as a missionary. Once he was sure that this was God’s direction, he began making preparations to live in China. For instance, Hudson, though from a financially stable family, moved to Drainside Hull, a slum area of town, so that he could learn to pray and trust God for his needs. He knew that in China, he would be lonely and have great need but with little to no help except God. Hudson said that before he left England he wanted to know how to move men to Christ through prayer. After many obstacles, Taylor finally stepped on Chinese soil knowing not a word of the Chinese language. Neither did he know where to go for his first meal or night’s sleep. He did have the names of three men that could possibly help him. When he tried to contact them he found that the first man had died of a fever a month prior to his arrival. The second man had returned to America. The third man wasn’t at home, but the attendants at the mission compound let him in and gave him a place to spend the night. Hudson Taylor was determined by his love for Christ and for the Chinese people to gain a hearing. In an effort to be more acceptable to the people, Hudson did something quite unusual for that time. He dressed and made himself look as much as possible like the people around him. He wore a blue gown, cloth slippers, and shaved his head completely, except for the pigtail on the back of his head. Though appalling to the Englishmen, this made him much more acceptable to the Chinese people. It proved his love and respect for them.

June 25, 1865, Hudson Taylor made a note in his Bible that read, “Prayed for twenty-four willing, skillful laborers.” By the end of the following year, that prayer was answered and the China Inland Mission was born. A mere forty years later the China Inland Mission had over a thousand missionaries in China. By the end of his life, Hudson Taylor had had a profound impact upon the Chinese people for Jesus Christ. When Taylor died, a young Chinese evangelist was one of those who discovered Taylor’s body. The young man cried saying, “Venerable Pastor, Venerable Pastor, …You look so happy, so peaceful! You are smiling. Your face is quiet and pleased. You cannot speak to us tonight. We do not want to bring you back, but we will follow you. We shall come to you, Venerable Pastor. You will welcome us by and by.”

Does God still call men and women to take the gospel to those around the world? Yes, He does!

Based on the book “Hudson Taylor, God’s Adventurer, Phyllis Thompson.” This is middle school level reader and is excellent for middle schoolers, teens, and family reading.