The Gospel Of John, Jesus, Christmas, The Incarnation 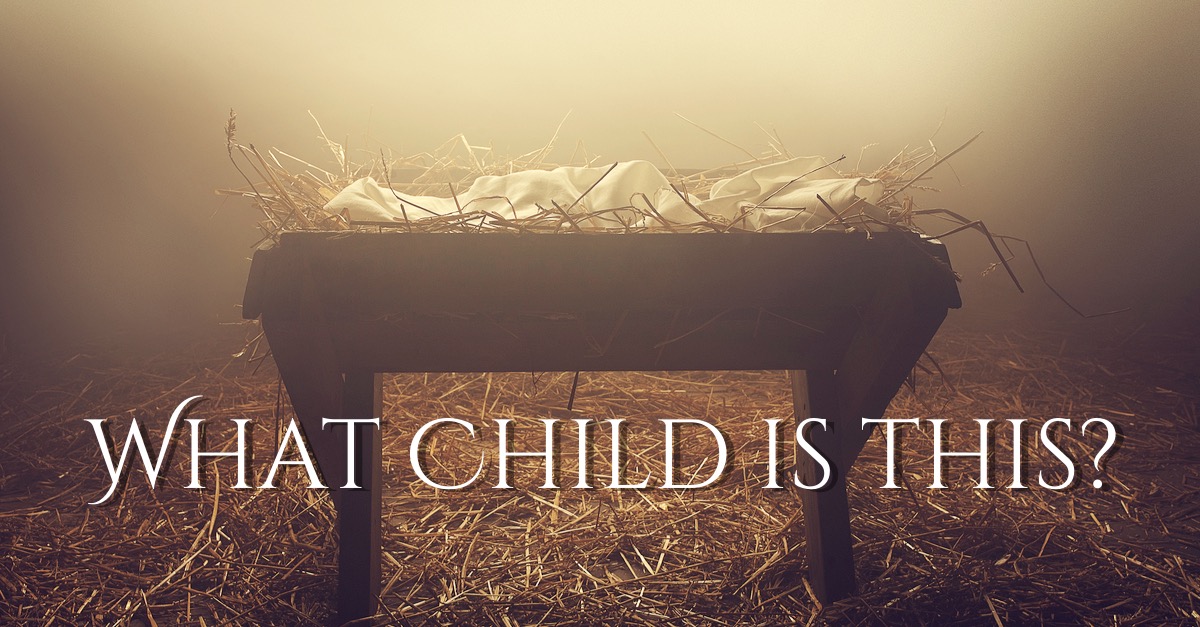 A lot of people have come and gone throughout history but no one has made the impact that Jesus Christ has. He only lived thirty-three years on earth. His ministry only lasted three and a half years. This man Jesus and his disciples “turned the world upside down.” What child was this that his birth was announced by the arrival of a star and by angels? What child was this that the magi followed that special star for hundreds of miles to find him? What child was this that shepherds left their fields to worship him? What child was this that King Herod killed many innocent children in hopes of eliminating this one? The angel that spoke to the shepherds answered this question very clearly, for unto you is born this day in the city of David a Savior, which is Christ the Lord (Luke 2:11). The answer is that this was no ordinary child, not an ordinary human but the Christ-child, the God-child - Immanuel, “God with us.” Jesus was God, God’s own Son come in human form that He might be the Savior.

John the Baptist gave a blazing testimony about Jesus (John 1:15). Consider John’s testimony, John bare witness of him, and cried, saying, "This was he of whom I spake, He that cometh after me is preferred before me; for He was before me." At first glance, one may not notice the magnitude of John’s message. Let's consider a few of the facts that are implicit in John’s statement.

John is saying, even though John was born six months before Jesus John declares that Jesus was before him (John). What exactly did John mean by this? The answer is given in verse one of this same chapter, In the beginning, was the Word, and the Word was with God, and the Word was God. Jesus being the Divine Word (John chapter 1), the Logos, did not come into existence when He was born at Bethlehem but was already with the Father and the Holy Spirit in eternity before He came as a child. He was no ordinary child but was the eternal Son of God born to a virgin, come to die for sin.

Secondly, John implies, even though John was older and more of a public figure than Jesus John says, “(He) is preferred before me.” The crowds followed John and many believed his message of repentance but John was not the Messiah. John was not the Savior who was to die for sin. John’s point here is that Jesus was “preferred” before him (John) because he (John) was merely the forerunner of the Messiah. His responsibility was to go before the Messiah declaring His coming. In essence, John was saying to the people “don’t follow me; don’t look to me as your Savior, no, He’s coming but I’m not He, Jesus is He, He is the Savior, the Messiah, the One “preferred before me.”

It is not implied per se in John’s message but needs to be noted, that though John’s birth was miraculous it still involved both his mother, Elizabeth, and his father, Zechariah, but Jesus was born of a virgin. We must not forget that like Isaac and Samson before him John’s birth was indeed a miracle. Elizabeth and Zechariah were past childbearing years, but God opened Elizabeth’s womb for John the Baptist to be born. Jesus was born to the devout young Mary, a virgin. Although Joseph was his legal father, he was not Jesus’ physical father. Luke chapter 1:34 & 35 show this, "Then said Mary unto the angel, How shall this be, seeing that I know not a man? And the angel answered and said unto her, The Holy Ghost shall come upon thee, and the power of the Highest shall overshadow thee: therefore also that holy thing which shall be born of thee shall be called the Son of God. "

This Christmas remember to think about what child this is. Consider the great lengths our Heavenly Father and our Lord Jesus Christ went to purchase our salvation. Praise Him for it. Do you know this Savior? Has He forgiven you of your sins? Believe in Jesus as your Savior and Lord then you may have a Merry Christmas filled with praise to our wonderful Lord Who came to save us!