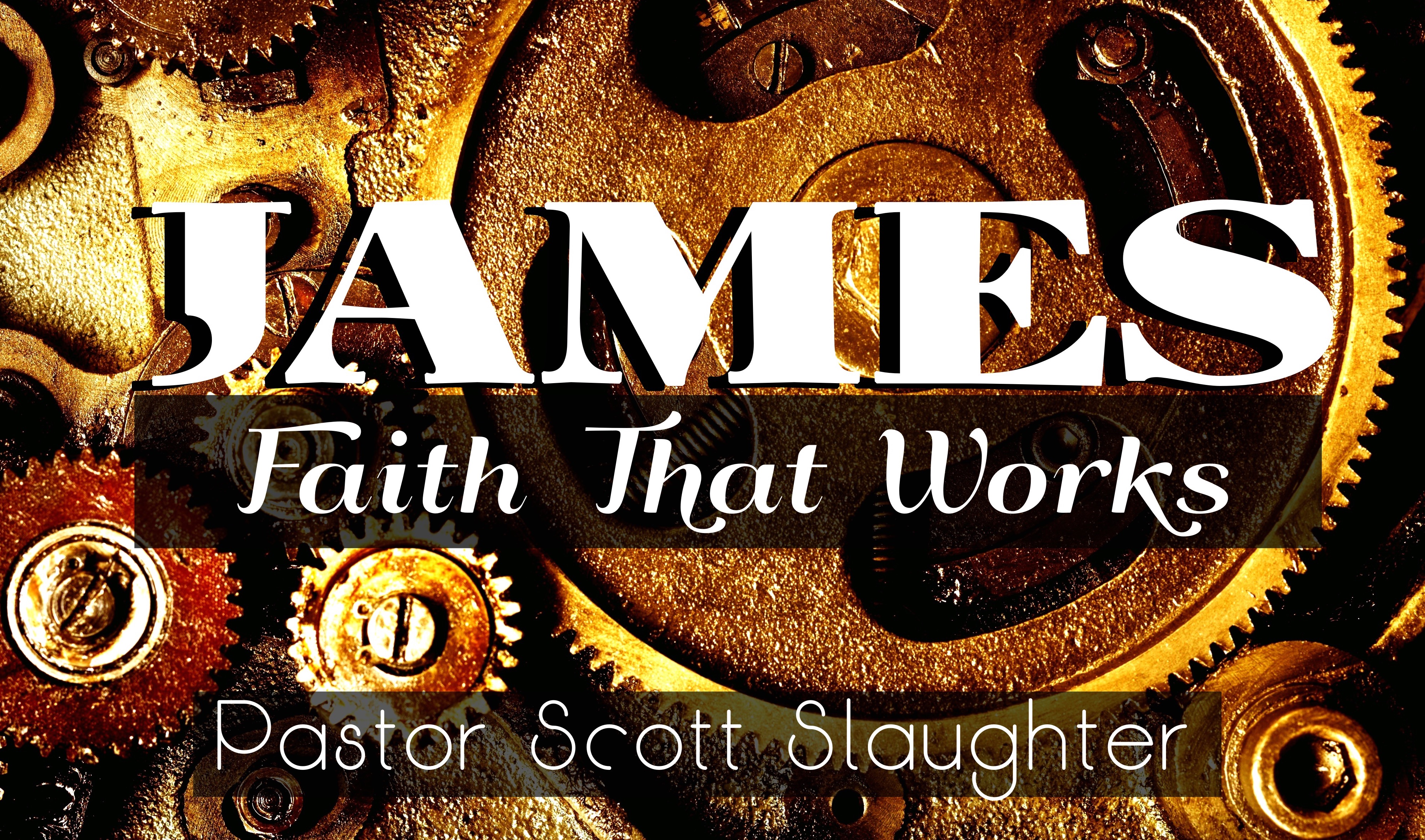 Authorship & Date of the Epistle: In the New Testament there are at least five men who are called “James.” There is James the son of Zebedee, the brother of John the Apostle, who together were nicknamed by our Lord, “The sons of thunder” (Mt. 10:2; Mk. 3:17; Lk. 6:14; Acts 1:3). He was one of the Twelve Apostles that Jesus appointed. He was later killed by King Herod Agrippa I around AD 44 (Acts 12:1-2). Next, there is James the son of Alphaeus. He was also one of the Twelve (Mt. 10:3; Mk. 3:18; Lk. 6:15; Acts 1:13). Unfortunately, almost nothing is known about him or his ministry as an Apostle. In the fifteenth chapter of the Gospel According to Mark, we learn of another James. Mark records him as “James the Less” (Mk. 15:40). The term “the less” probably refers to either his age or his stature, though it could refer to his standing within the Twelve since there were two James. Another James, about whom little is known, is James the father of Judas, not Iscariot (Lk. 6:16; Acts 1:13). As there were two James in the Twelve there were also two Judases: Judas the son of James and Judas Iscariot who betrayed Jesus. And lastly, we have recorded for us a James who was prominent in Scripture and in the early Jerusalem church, James the half brother of Jesus (Mt. 13:55; Mk. 6:3). He was most likely a son born to Joseph and Mary after she gave birth to Jesus. Early in Jesus' ministry, we see that James, the Lord’s half-brother, did not believe that Jesus was the Messiah until after Jesus appeared to him after he was resurrected from the dead (John 7:3-5; 1 Cor. 15:7).

James the Lord’s brother later became the leading elder in the church at Jerusalem. He is called an apostle in Galatians 1:18-19 but in the greek text the word translated “other” before “apostles” carries the idea of “other of a different kind.” Indeed, James the Lord’s brother was not one of the Twelve Apostles and this passage seems to support the idea that though he held much sway in the early church, he was not one of the Twelve Apostles. James the Lord’s brother was not an Apostle in the same sense as the original Twelve (Judas was replaced by Matthias and Paul was added by Jesus Himself later on the Damascus Road). Having noted this technicality, we need to recognize that he held, in many ways, as much authority as one of the Apostles. He was clearly the leading pastor of the Jerusalem church during the height of its ministry (Gal. 2:12; Acts 12:17). The Apostle Paul headed his advice (Acts 21:18-26) and it seems that James the Lord’s brother presided over the council at Jerusalem regarding the definition of the gospel to gentiles (Acts 15:1-21). It is the general belief of Conservative scholars and my personal opinion that James the Lord’s brother is the writer of the Epistle of James.

James’ piety and devotion to God through Jesus Christ were recognized and served the church well through the early persecutions of believers in Jesus mostly by the Jewish leaders of the time. He was recognized by Christians and non-Christians as an exceptionally devout man. His wise leadership and godly character later earned him the unofficial title among those who respected him, “James the Just.” There is a well-founded tradition passed through the centuries that James the Lord’s brother was in the temple praying so often and for such long periods that his knees became like the knees of a camel, callused and well-used. James was martyred for his faith in Jesus as the Christ. The circumstances of his death are a bit unclear. It seems that the Jewish high priest at the time fomented accusations that James had broken the Mosaic Law and as a result was stoned to death. It has been reported through the centuries that after James was stoned a passerby noticing that he was not dead used a club or stick to end his life. As to the time of the writing of the Epistle of James, it is commonly thought that he penned his letter to his scattered flock somewhere between AD 50-54.

Nature of Book: James’ letter is one of, what is called, the General Epistles, or the Hebrew Epistles. This group of New Testament letters consists of 1 & 2 Peter, James, Hebrews, and Jude. They each have a distinctly Jewish perspective and are written to Christians in general but not necessarily to a specific local congregation, though this may be a bit debatable. Concerning the nature of the writing, it seems to me that James’ letter is a sermon that has been modified to conform more or less to the pattern of an ancient formal epistle. Although the epistle covers many topics, definite connections of thought can be observed, especially in the greek text.

If we consider the book in sermonic format, we might observe two, possibly three sermons that have been woven together to conform more to a letter style. In fact, it might be best to study the Book of James as a midrash on Jesus’ Sermon on the Mount. James’ ministry was mostly among the Jews so it is possibly the most Jewish book in the New Testament. If we see in the book three sermons (remember he was the lead elder of the Jerusalem Church), the first sermon would be composed of chapters 1 and 2, the second of chapters 3 and 4, and the third sermon ending with chapter 5.

As a writer, James is fond of illustrations, parallelism, and imperatives, which together add much to the Jewish flavor. James’ greek is second only to Luke, or perhaps the writer of the book of Hebrews. He was clearly a learned man used by the Holy Spirit to give us this New Testament book. James’ more Jewish perspective gives him more concern for the practical side of the Christian Faith, that is, living outwardly what we believe inwardly. Having said that, there is much in the way of theology and doctrine to be found here as well. There is a distinct affinity between James’ teaching and the Sermon on the Mount and he makes ample use of Old Testament quotations and allusions to establish his doctrine.

Historical Setting of the Book: It is regularly said that the Epistle of James was written to saved Jews (Christian Jews) scattered throughout the Roman Empire. This is undoubtedly correct. There are few who would take issue with this notion. In fact, James says as much in the first verse of his letter, “James a servant of God and of the Lord Jesus Christ, to the twelve tribes which are scattered abroad, greeting (1:1).” As we consider the historical context, it is evident that these saved Jews, which James calls “the twelve tribes,” have been scattered throughout the Empire due to persecution. As a result of this, I am of the opinion that James did know his readers because they were his congregation. In other words, he is writing to his own congregation many of whom have been displaced because of the harsh trials of persecution due to their newfound faith in Jesus as Messiah. Yes, it is a General Epistle in that its message could apply to any Christian Jew but James had a definite group in mind as he was led to write by the Spirit. This familiarity can be witnessed in the passage where James speaks to specific sins and situations within the congregation.

Purpose of the Book: As their pastor, he would naturally have had concern for his flock. Therefore, the purpose of the epistle is to cover the areas of primary need within the congregation. Of course, those things were exactly what the Holy Spirit wanted to be written, thus guiding and inspiring the writing.

Outline of the Book of James: